Falconer and Burnes
These families were established for many years in the same area and it is highly likely that Margaret Falconer (1659-1749) who married James Burness and a direct ancestor of the poet Robert Burns, is of the same family as Archibald Falconer who married their great grand-daughter. Indeed as these families were in the area for such a long time the connection between them might be stronger than official records reveal.

Falconer was the name given to the men who had charge of the hawks and falcons of King William the Lion c1200. The Barons Falconer of Halkerton (Hawkers Town) were the ancestors of the Earl of Kintore. The parishes of Fordoun, Garvock, Benholm, Laurencekirk and Fettercairn were all areas where Falconers settled. The parishes of Inverbervie, Glenbervie and Arbuthnot were common to the Burnes and Falconer families.

The Burnes family appears to have arrived in Scotland among the Saxon followers of Edgar Atheling after 1066, though some sources say they were followers of Edward I who was known to have been in Glenbervie and followers of that name in his retinue. The name also arises as a place name in the district in charters granted by Robert I. The Burnes family were leaseholders of the land of Bralinmuir and Bogjordan.

Two historical points of interest:
1) Alexander Falconer, farmer at Birnie, carried arms in the rebellion and after Culloden, harboured rebels. He was apprehended and taken prisoner to Brechin. It is not known if he was a direct ancestor but in the 19th Century, a William Falconer became farmer at Upper Birnie, parish of Benholm.
2) David Burness served as a volunteer in the rebel army of 1745. According to the evidence of John Hodge and George Watson, brewers in Johnshaven, “though his present whereabouts are not known.”

Archibald Falconer
Archibald FALCONER was born on February 15, 1771, in Glenbervie, Kincardineshire, the child of Robert and Elspet. He married Katharine Beattie BURNESS and they had 11 children together. Katherine died in 1817, possibly in child-birth as Isabel was born that year. He later married Ann Watson on November 21, 1819 and they had one child (Allan) in 1823. Archibald died in 1851 having lived a long life of 80 years. Probably a farmer, possibly Fallside in parish of Drumoak. 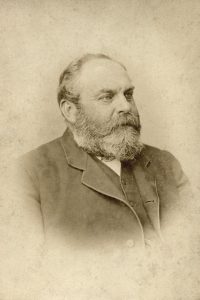 William FALCONER was born on December 25, 1843, in Kincardineshire, his father, William, was 39 and his mother, Mary, was 30. He had six sons and two daughters with Williamina ALEXANDER between 1882 and 1897. He was a farmer at Cairnton, Kincardineshire and was held in high regard as a farmer. The 1871 census records him as a “farmer of 289 Acres of which 277 Arable, Employing 4 Men and Boys and 3 women”. The tenant in Candy at the time was a Charles Rankin who in 1863 took over the tenancy of Chapelfield, St Cyrus that had been given up by John Fairweather. He died on July 18 1902, in Paldy Fair, Fordoun, Kincardineshire, at the age of 58. William is buried in Benholm cemetery.
David FALCONER 26 Dec 1845–1891 • Benholm, Kincardineshire, Scotland. Merchant, Mincing Lane, London. Married Lou Bradley. Their children died without issue.
Elizabeth Brown Falconer 09 Jan 1848–1850 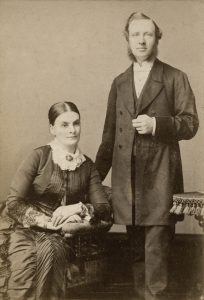 Aberdeen Journal 23rd July 1902
Obituary – Mr William Falconer
A wide circle of friends will learn with deep regret the announcement of the death, which occurred suddenly on Friday about 10.30am on the market stance of Paldy Fair, of Mr William Falconer, Cairnton, one of the most prominent and most highly respected agriculturists in Kincardineshire. Mr Falconer left Cairnton early in the morning to attend the market, and while in conversation with his brother-in-law, Mr D Soutar, Powis, he uttered a faint exclamation and fell to the ground. Several persons went to his assistance, along with Dr Nicoll, Hampstead Hospital, who is at present on a visit to his father, Mr David Nicoll, Schoolhouse, Tipperty, but their services were to no avail. Mr Falconer was born at Birnie, and afterwards went to England for a few years, but came back to attend the farm at Candy, in Glenbervie parish, which was leased by his father. He leased the large farm at Cairnton about 20 years ago, and since then has leased the farms at Heatheryhaugh, on the Glendye property, and Upper Powburn, and purchased the small grazing estate of Shiells in Laurencekirk. Mr Falconer was a justice of the peace for the county of Kincardine, county councillor for Fourdon, and chairman of the Parish Council and School Board of Fourdon. He was manager of the Kincardinshire Auction Company and manager of the farm at Fettercairn Distillery. Of sound judgement and wide experience, his services were in much request as a stock valuator. In the general administrative work of the county and district he took an active and intelligent share. By his many friends in the counties of Forfar and Aberdeen, as well as Kincardine, he was held in the highest esteem on account of his personal qualities and business aptitude. In private life he was the most genial of men. Mr Falconer, who was in his 59th year, is survived by a widow and six sons and two daughters, for who much sympathy is expressed.

William Gladstone Falconer assumed to be with wife. 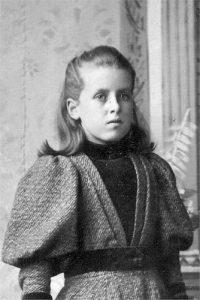 Catherine Falconer Boyd (b. 1886 – daughter of Robert Boyd and Mary Falconer) was superintendent at North of Scotland Agricultural College. Some of her children are buried at Glenbervie. Died 1977 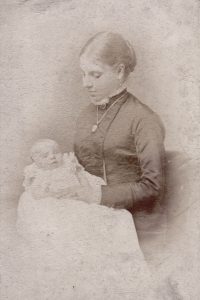